Nicholas has held positions in both the public and private sectors in the oil and gas industry, alternative energy industries and state government as chief of staff to a Representative and Policy Advisor to a Senator.

Nicholas began his career as an environmental chemist at Ch2M Hill and worked many years for Technip Stone and Webster Process Technologies evaluating new and emerging technologies and designing/constructing energy facilities.

Nicholas has lived and worked abroad, including, France, Canada and throughout the United States. He was notably responsible for project development as a Director at Bair Energy and currently is President and Chief Operating Officer for Bair Energy. 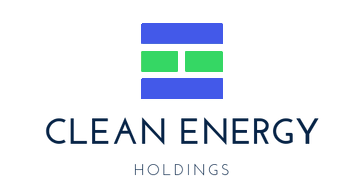 Con has 15+ years of strategy design and execution experience focused in the Corporate Finance and early-stage Renewable Energy fields. He has lead teams for financial product design and national sales campaigns for Fortune 500 clients. As part of the top strategy group at a Fortune 50 bank, he lead and helped shape reorganization efforts for a $5B line of business as well as lead detailed execution for integration of new businesses in M&A activity.

Con is an excellent negotiator of both standard and complex agreements.  His ability to quickly study and understand the nuances of agreements, the interests and perspectives of the different stakeholder and the strategic options led to his role of leading Clean Energy Holdings in its early stage of development.

Con has a solid understanding of all aspects of renewables and a clear ability to explain these issues to different audiences.  His skill in strategy, financials and planning are solid foundations that help the company in many ways. He was instrumental in holding the company together during its exit from the renewable energy technology’s “Valley of Death”, skills and experiences which strengthen the character and brand of the company.